‘Be ye never so high, the law is above you.”. Although stated in a High Court ruling 45 years ago,  this statement could also be made today about the King of Trainers, JD Sports.

In June JD Sports confessed to “cartel activity” after it had been found to fix the prices of Glasgow Rangers FC’s replica football kit that lasted between September 2018 and July 2019.

Price fixing is condemned under both UK and EU competition laws.  The underlying reason is that where price fixing occurs, consumers lose out.

Price fixing itself comes in two varieties.  Firstly, in what are called vertical agreements where a brand agrees with a stockist that, for example, there will be no discounting from recommended retail prices.  However, resale price maintenance can occur at any stage of the supply chain.  A prime example is at the retail level where, for example, a retailer agrees – or is persuaded – not to discount from a brand’s RRP.

Second, in horizontal agreements.  This occurs when two parties at the same level in the supply chain agree to sell at a particular price.  In this way, neither is undermining the other’s turnover by engaging in a price war.

This is what happened in the case of JD Sports. The only difference being that as an agreement between JD Sports and Elite Sports (which operated the Gers Online website), it also involved Glasgow Rangers. The three parties allegedly agreed that JD Sports would raise its price from £55 to £60, to align with the prices being charged by Elite Sports on the Glasgow Rangers’ website. However, as the Competition and Markets Authority has only published its provisional findings, it remains uncertain whether the CMA will decide that Glasgow Rangers has infringed competition law and will fine the football club.

JD Sports has announced that it expects a £2 million fine.  A significant sum of money although less so far as JD Sports is concerned given its turnover and profitability than, for example, Dar Lighting which was fined £1.5 million by the CMA earlier this year for breaking competition law by restricting the level of discounts retailers could offer online.  This amount was almost twice its net profit in the last financial year, which should act as a warning of the financial impact these kinds of fines can have.

The findings come after the CMA fined JD Sports £4.3 million for breaching an order which prohibited JD Sports and Footasylum (after their merger was blocked) from exchanging commercially sensitive information without prior consent and forced them to alert the CMA if any information had been shared.  In addition, there is still to come the result of the CMA’s investigation of JD Sports involving alleged price fixing concerning the replica soccer strip of Leicester City football club.

The decisions of competition law regulators across Europe demonstrate that price fixing occurs in a swathe of industries.  But possibly because of the role fashion plays in society, the industry accounts for more than its fair share of price fixing occurrences.

22 years ago, JD Sports was engaged in the price fixing of Man United replica kit.  In contrast, in May 2022 the European Commission undertook a number of unannounced daw raids of some fashion companies amid concerns that they were engaged in anti-competitive activities. This followed on from its announcement earlier this year that it was investigating Pierre Cardin for alleged restriction of cross-border and online sales of Pierre Cardin-licensed products, as well as sales of such products to specific customer groups.

Meanwhile, back in the UK, Belle Lingerie has commenced an action in the Competition Appeal Tribunal against Wacoal for various anticompetitive and discriminatory measures

Belle Lingerie (“Belle”) sells products on eBay and Amazon as well as via its own website. Wacoal is a leading global manufacturer and wholesale supplier of luxury branded lingerie and swimwear.

Belle has claimed that an assortment of discriminatory measures were imposed on it selectively. These included:

The online platform ban required Belle to align its advertised and retail prices with Wacoal’s recommended retail prices on all eBay sites around the world. If that was not the case, Wacoal wanted Belle to de-list Wacoal’s products from eBay sites so that they were not visible in consumer searches in third countries. Belle claimed that there was a common aim of maintaining or stabilising retail prices for the Wacoal products, which would certainly have an effect on competition in the UK.

Currently the case is currently headed for trial in  mid-September.

The beginning of June saw the introduction of changes in both UK and EU competition laws.  Whilst these changes have implications, particularly for the selective distribution business model, there is no change in the law so far as price fixing is concerned.  An agreement by two parties at different levels of the supply chain to fix prices will result in an infringement of competition law.

Nor is there any change in the consequences. The inclusion in an agreement of an unlawful price fixing provision will render the agreement void and third parties will be able to claim damages.

What will be interesting to see is whether given JD Sports’ share price performance, any group ligation is brought  by shareholders.

For many businesses, fixing prices can appear attractive. It can provide comfort that your competitors will not be engaged in a price war (having price fixed) or that brand positioning will not be undermined.

But the risk of being found out exists.

Sometimes outing will occur as a result of whistleblowing after a distributorship agreement is ended or a supplier decides no longer to supply a particular stockist.  Being alert to price fixing – which can come in a variety of forms including agreements as to when a brand is to go on sale – is important.

Stephen Sidkin is partner and Anna Agbebi is an associate at Fox Williams LLP (www.fashionlaw.co.uk; www.foxwilliams.com)

Achieve Your Goals This Year!

We are all for making New Year’s resolutions, but you need to stick with them. Data shows that around 30% of people drop their 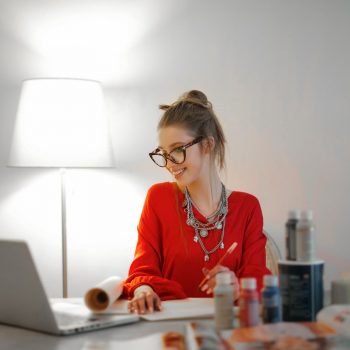 4 Tips on Collecting Payments as a Freelance Creative

In recent years, many have turned to freelance work to supplement their day jobs or fully depend on these gigs to support themselves. However, 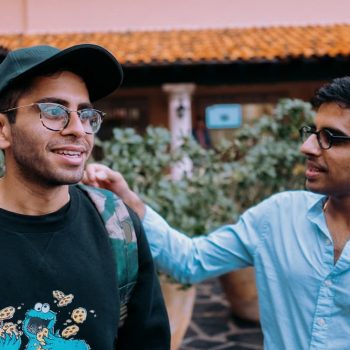 5 Steps To Supercharge Your Referrals

Word-of-mouth, aka referral business is an incredibly effective way to expand your customer base while strengthening existing relationships. Despite this being a powerful (and

How to Care For Your Jewelry

Bling may be beautiful, but without proper care, it can become dull over time. Gold will no longer look like gold, gemstones will be 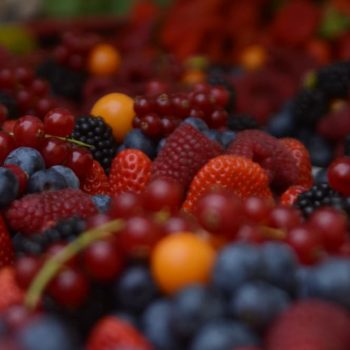 Easy Ways to Boost Antioxidants in Your Diet

Antioxidants are beneficial to your overall health; they are thought to aid in preventing cancer and signs of aging as well as helping to

The enforceability of non-compete restrictions after an agency, distribution, or franchise agreement has come to an end can be an important factor in deciding